Henry’s Fork Rainbow Trout migrating to spawn in the Buffalo River have to pass through the fish ladder at the Buffalo River hydroelectric facility to access upstream spawning habitat. At the end of the fish ladder we, HFF, operate a fish trap from early February through the middle of June. Three times a week we check the Buffalo River fish trap and collect data on species, length, sex, and life histories via passive integrated transponders (PIT) tags if one is present, before passing the fish upstream above the hydroelectric facility. This data allows us to quantify run size, run timing, number of spawners, number of return spawners, and other valuable information needed to monitor and understand the Henry’s Fork Rainbow Trout population. Last week (June 11, 2018) we opened the Buffalo River fish trap and concluded our monitoring of the 2018 Rainbow Trout spawning migration. Below is a quick summary of the 2018 data. 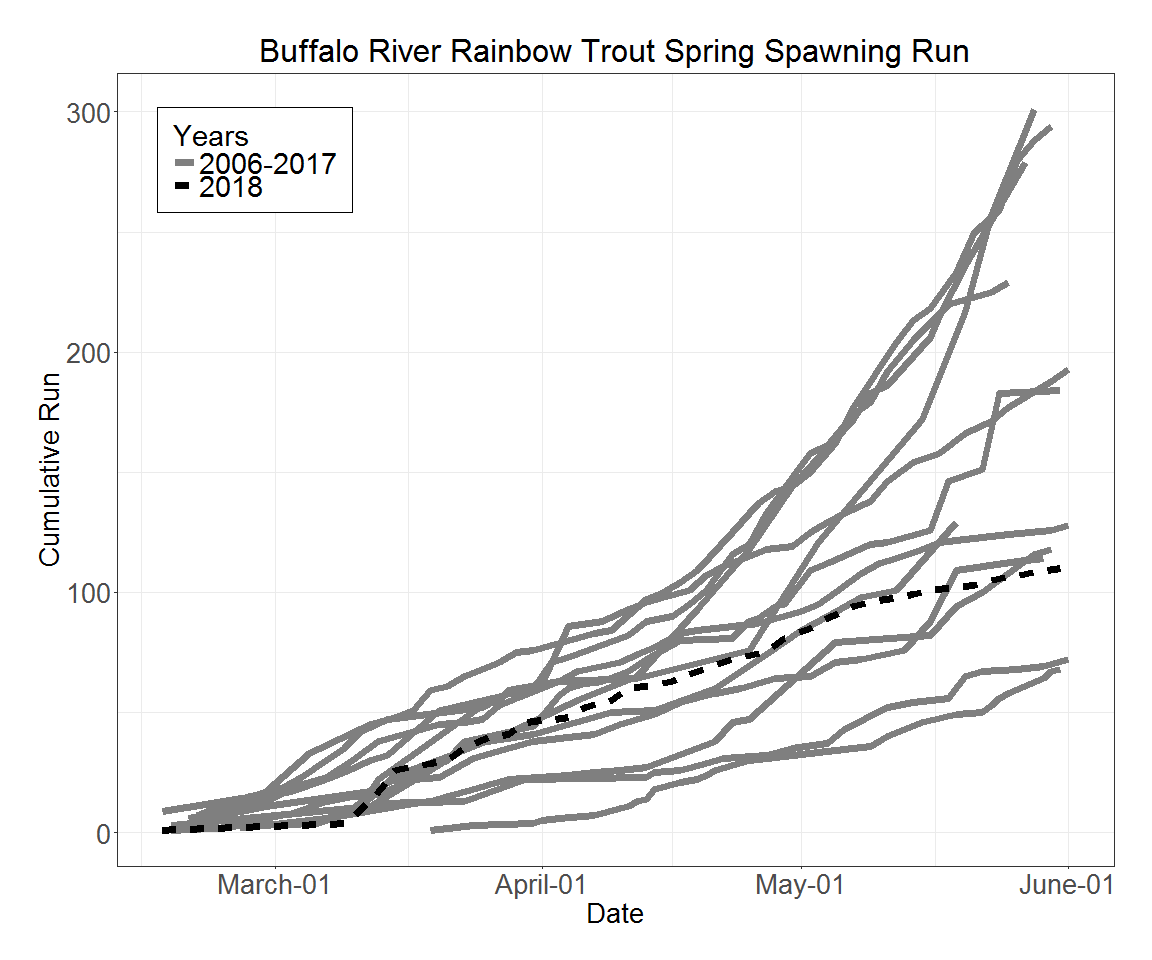 Figure 1. Rainbow Trout spawning run for fish migrating from the Henry’s Fork River up the Buffalo River, February 15 through June 1, 2006-2018. 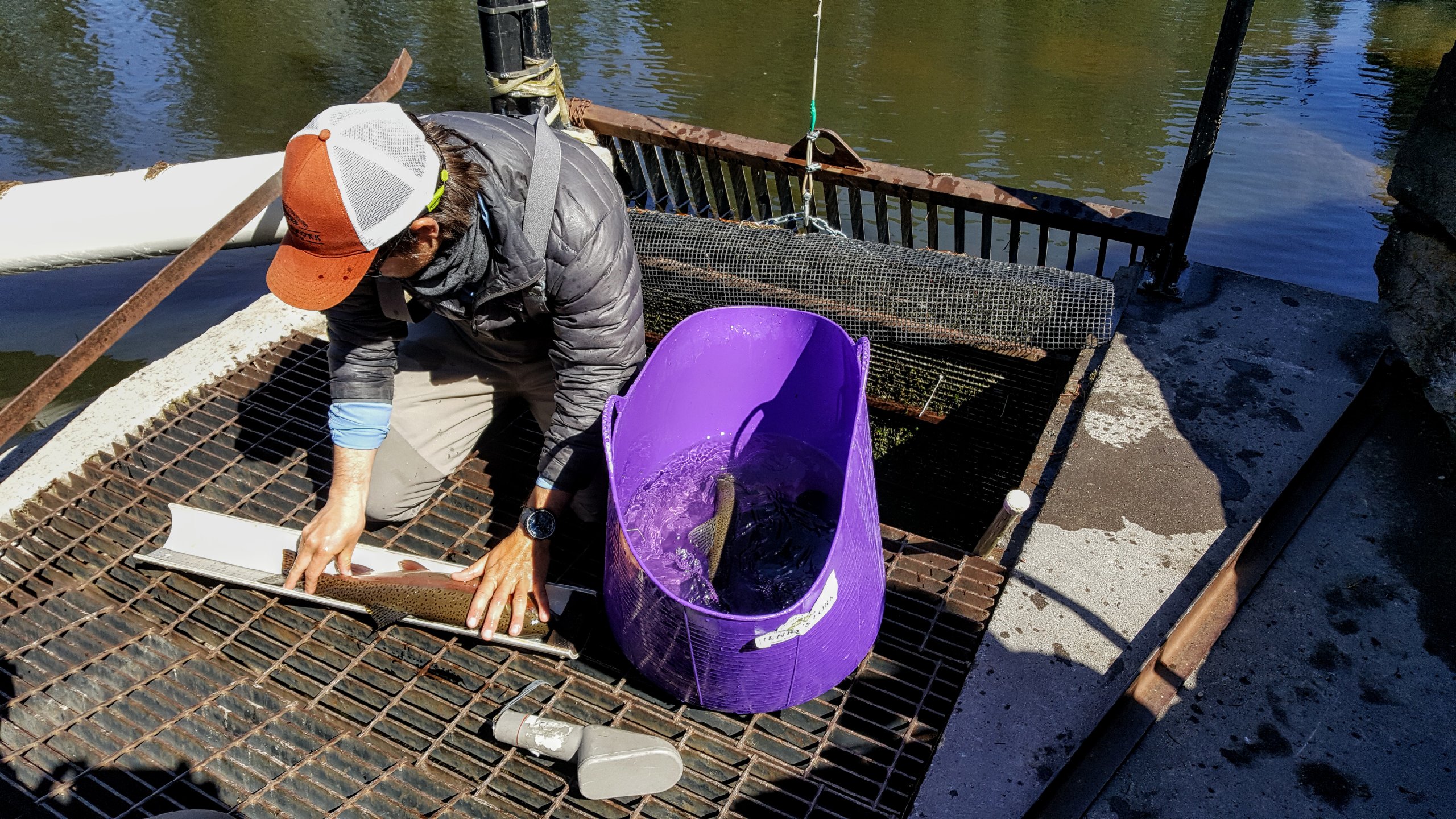 Two other notes to mention from the 2018 Buffalo River fish ladder have to do with two of our other studies.  First, we didn’t catch any spawning sized Rainbow Trout that had passive integrated transponder (PIT) tags. In 2014 and 2015, juvenile Rainbow Trout migrating up the Buffalo River fish ladder in the fall were tagged with PIT tags. These tags effectively gace each fish a unique identification so we could collect information about their movements between the Henry’s Fork and Buffalo River. From 2014-2016, we collected some great information about juvenile survival and movement (find out more here, here, and here) but these fish are approaching the upper end of their life cycle (5+ years old) and it is unlikely we will be capturing or reporting any new life-history information from PIT tagged fish in 2014 and 2015.

If you have questions, comments, or concerns, feel free to contact me at Bryce@henrysfork.org or 208-652-3567