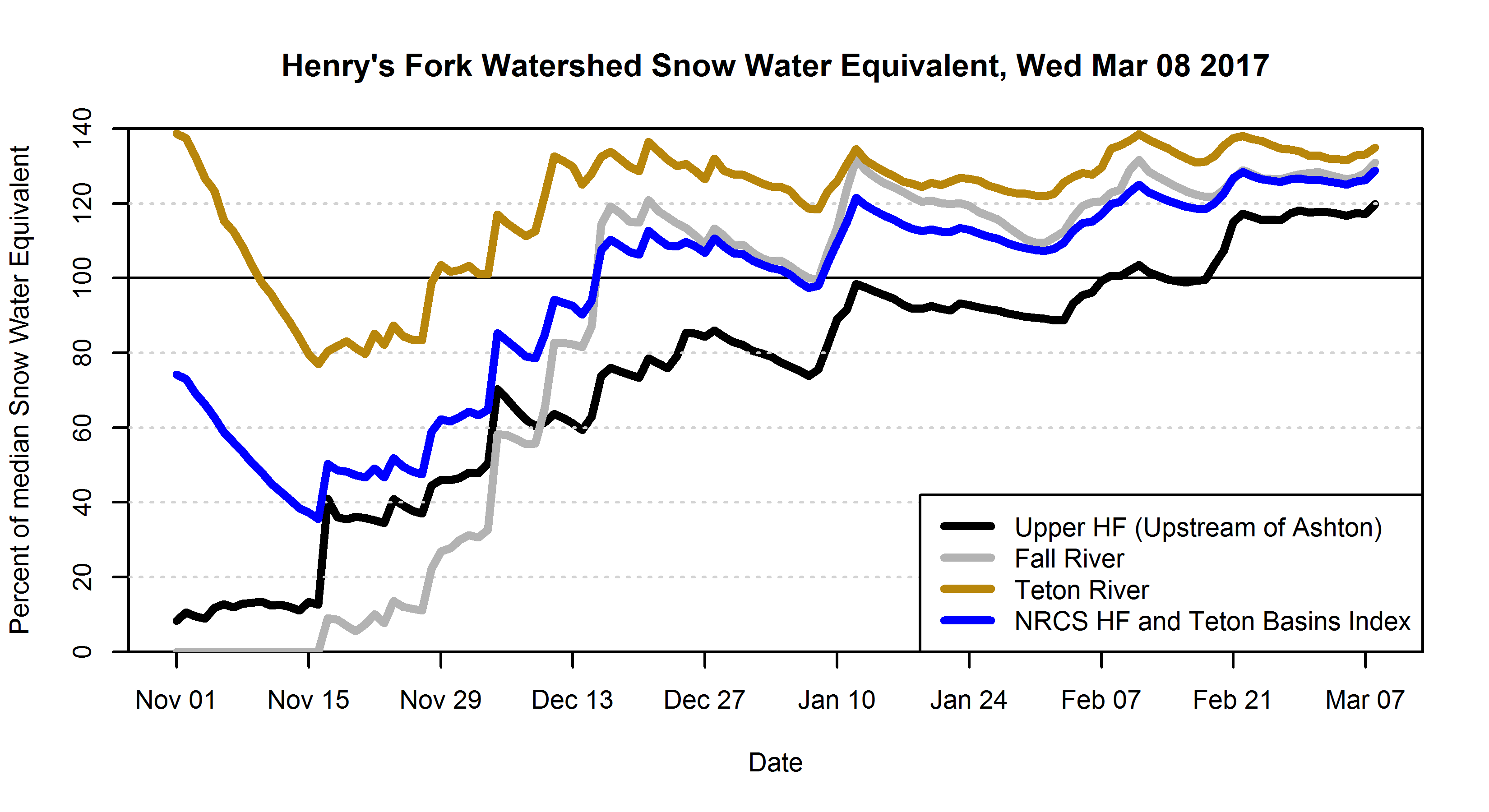 Graph above shows percent-of-median SWE since November 1 in the three subwatersheds of the Henry’s Fork watershed. Also shown is the percent-of-median SWE for the Henry’s Fork and Teton Basins, as reported in the Natural Resources Conservation Service (NRCS) daily snow/precipitation report. Table below shows data for individual sites, as well as the subwatersheds and the NRCS Henry’s Fork and Teton Basins index. If you would like to receive daily updates of this graph and table via email, send a message to Rob at rob@henrysfork.org with “SWE request” in the subject line. 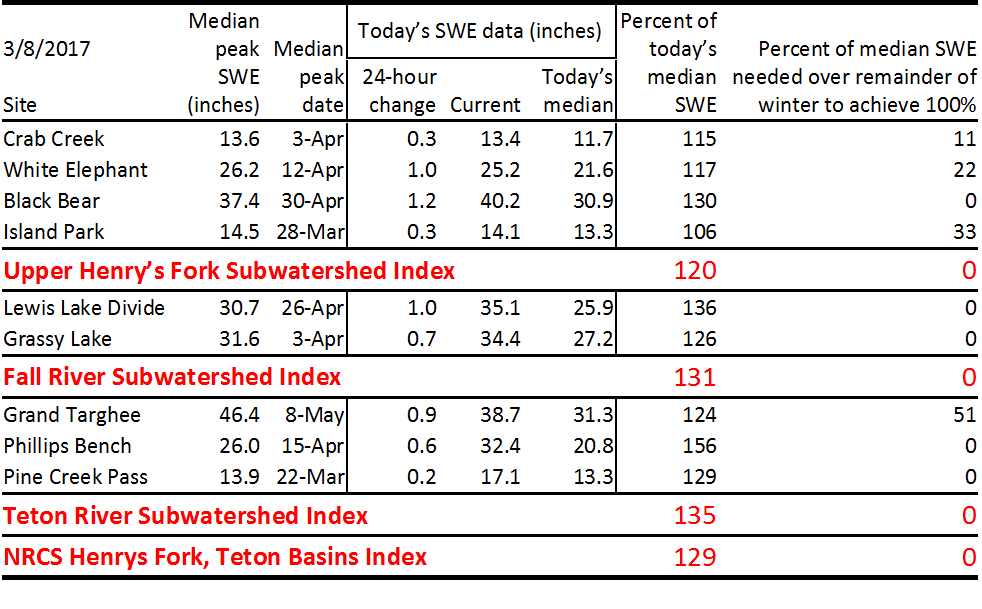 To see how we use raw data from the NRCS SnoTel website to calculate the numbers in the graph and table above, download our SWE methods document. Go to the NRCS interactive map for a great visualization of very high snowpack across the central and southern part of the western United States but only average to below-average snowpack in Montana, north Idaho, and northern Washington. The upper Henry’s Fork watershed sits at the transition between above-average snowpack to our south and below-average to our north. Today’s version of this map is shown here.